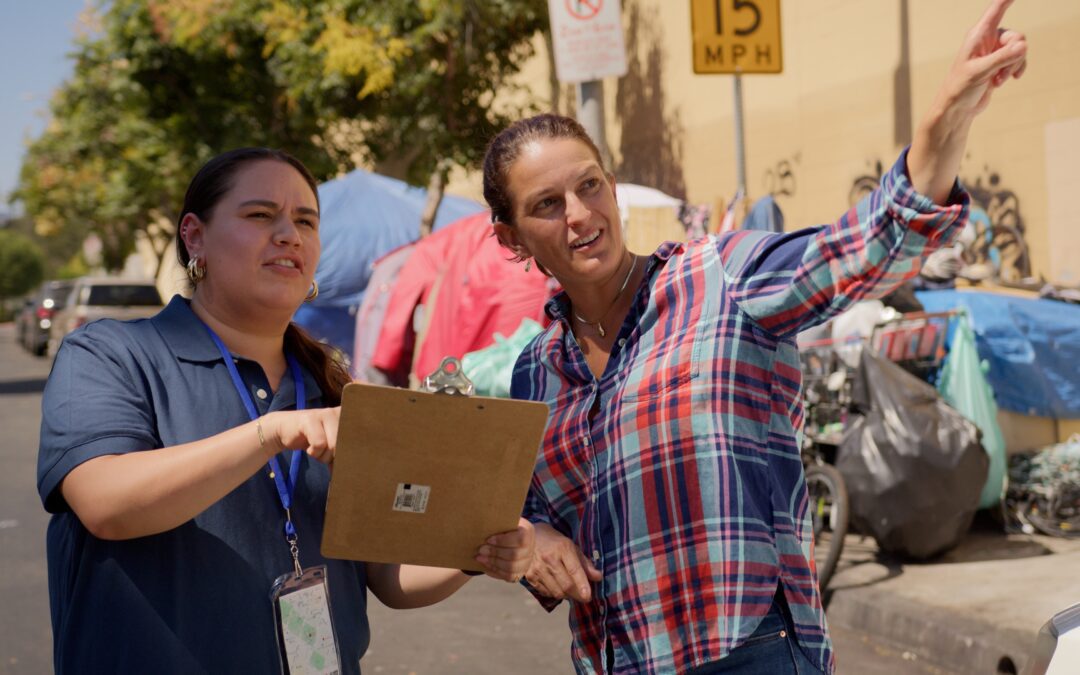 Our homeless crisis is a full-blown humanitarian crisis, and I’m committed to solving it. Making progress on reducing homelessness will require local government to do several things well at once. Broadly speaking, the City of Los Angeles must partner with other cities in the L.A. Region, L.A. County, the State, and the Federal Government to tackle homelessness: the City of L.A. didn’t create the problem on its own, and it can’t solve it on its own.

There’s no one silver bullet for how we solve homelessness. Rather, we need to be doing at least four things in a much smarter, more collaborative way.

First up is prevention. It’s a lot less expensive and much more humane to keep someone housed, rather than waiting until a person is homeless and living on the street before we connect them to housing and services. We need to do a much better job of preventing people from falling into homelessness in the first place. Each day, approximately 227 people become homeless, two-thirds of them for the first time. Each day, approximately 207 people come off the streets into housing. So until we can slow the rate at which people are falling into homelessness, we can’t begin to wrap our arms around the problem: no matter what else we’re doing, the problem is going to keep getting worse.

We know which populations are overrepresented in our unhoused population: folks coming out of jail, youth aging out of the foster care system, seniors on a fixed income, LGBTQ youth, and so on. Many individuals from these groups already come into contact with local government because they access government services—usually County services or programs. So we should do a better job of using these opportunities when we’re already connecting with folks to make sure they’re housing secure, and also proactively reach out to folks in these populations to provide resources as well. Pilots demonstrate that we can meaningfully reduce homelessness through prevention efforts upstream. For instance, when someone calls to see why their CalFresh benefit hasn’t come through, we can check to make sure they’re also going to be able to make rent for the month. If they can’t, we can connect them to resources to keep them housed. Prioritizing funding for rental assistance, access to counsel in eviction proceedings, and above all, creating more affordable housing must all be part of homelessness prevention strategies.

Second, I will prioritize more flexible, cost-effective housing to get people off the streets and connected to services faster. It is entirely unacceptable that people are dying on our streets while we fail to build sufficient shelter and housing. The limitations of HHH showed us what doesn’t work: building exclusively ground-up construction at a cost of more than half-a-million dollars per unit is not, on its own, a sustainable solution. Rather, we should be focused on deploying a broad array of faster, more cost-effective solutions while we continue to build new permanent housing, including (1) the adaptive reuse of existing commercial buildings, hotels, and motels and the master leasing of residential buildings; (2) deploying interim solutions like tiny homes to bring unhoused people in quickly; and (3) providing rental vouchers so that people can access otherwise market-rate housing.

Third, I will prioritize better collaboration between the County and the City of Los Angeles. L.A. County provides most of the services unhoused people need, including mental health, physical health, and addiction services, while the City largely provides the housing piece. But the City and the County haven’t been sufficiently coordinated. LAHSA, the agency created to provide that bridge between the City and the County, needs to be significantly reformed to increase accountability, reduce redundancy, and create transparency, but until that happens, it’s incumbent on our elected leaders to bridge that gap. My office will have weekly staff-to-staff meetings with the offices of the two L.A. County Supervisors whose districts overlap with Council District 5 to make sure each unhoused person is making progress toward moving into housing and connecting with services. Through a coordinated, targeted street engagement strategy, where the City, the County, and service providers are working together, we can more successfully move people into housing and connect them with services.

This is where it’s worth mentioning L.A. Municipal Code Section 41.18, which prohibits a person from lying or sleeping in certain public places. When the L.A. City Council adopted Section 41.18, they also adopted a motion that called for use of a street engagement strategy, with offers of shelter and services before moving someone pursuant to Section 41.18. Otherwise, Councilmembers noted, unhoused people would simply be moved from one sidewalk to another. I believe Section 41.18 can be used as a backstop strategy: after meaningful engagement and outreach to unhoused people has been undertaken, and unhoused people have been offered housing and services that meet their basic needs, Section 41.18 can be invoked if people refuse to accept the housing. It’s important to note, though, what Section 41.18 DOESN’T do: it doesn’t, on its own, actually solve homelessness. It simply tells people where they CAN’T sleep. So if we’re not pairing it with outreach, housing that meets people’s needs, and services, we’re simply rearranging deck chairs on the Titanic.

The overall lack of coordination points to something else: there’s a mismatch between the governance structures we have and the scale of the problem. Homelessness is a regional challenge that requires regional solutions, and so the governance structure must be right-sized to effectively address the scale and scope of the challenge. For this reason, I support the creation of a regional homelessness authority that has the authority and budget to implement needed programs and reforms across the LA region.

Fourth, we need mental health and addiction beds. Some percentage of the unhoused population is mentally ill or addicted to drugs, and we literally don’t have nearly enough places for them to go and heal. Historically, we had state hospitals, but when those were shut down, a community-based model was supposed to replace them. Those community facilities were never built. Instead, folks are literally dying on the streets. I’m committed to partnering with the County, the State, and the Federal government to build mental health beds in congregate care settings so people can get the help they need.

None of this will be easy, but it’s not impossible. Other places have successfully implemented some of these strategies, and we can do the same. But we absolutely need people in elected office who (1) understand the nuance around these issues; (2) have experience working on complicated issues and know how to use the tools of government to problem-solve; and (3) are willing to collaborate across levels of government to tackle these challenges together.